An emergency plaster leadership is not helping

In March this year, the World Economic Forum announced its Great Reset Initiative, a movement to rebuild the foundations of the [Global North’s?] “economic and social system for a fairer, more sustainable and more resilient future”.

In the past 5 months, some companies have shown leadership, mobilising resources and logistics to ensure strong and efficient supply chains of bulk medical supplies, sanitizers, PPE, etc. Others have made great efforts to digitalise their services and operations to keep functioning. Governments have set up bailout plans. There were many COVID-19 responses, social justice web statements, new adjusted adverts and branding campaigns…

These well-intentioned efforts shouldn’t distract us from the parallel realities that COVID is uncovering around the globe, and there are worrying trends:

For hundreds of millions of people around the globe, COVID is not the disruption of a lifetime, it is one of the many convulsions, health crisis, conflicts, they have had to endure for decades. Life has always been unpredictable and nonlinear. And as the West (bar the USA) is seeing a relative slowdown of cases, countries in Latin America, India, South Africa, among others, are far from seeing the end of the pandemic. On top of their already deep ongoing problems.

Around the world, with lockdown, women have taken on extra childcare and housework and are losing jobs and livelihoods in greater numbers than men (Read this interview with Ajaita Shah from Frontier Market that explains what happens behind closed doors).

A great number of women put their lives at risk through their jobs in healthcare, cleaning jobs, retail.

Confinement has amplified gender violence, and this too has an impact on business, culture, society as a whole. (See my video interview from last May with Laura Somoggi from the Womanity Foundation, on this topic).

About the near future of work, Sam Smethers, CEO of the Fawcett Society says: “We’re looking at the prospect of a two-tier workplace where men go back and women stay home.

The lack of intersectional female voices at the heart of many governments and on companies’ boards also risks putting decades of progress into reverse. Decisions are made without taking into account the interests of half the population, which means these decisions are irrelevant and a false investment.

In the Global North: whilst VC deals haven’t been stopped by COVID19, “the proportion of deals going to companies founded by women is declining in 2020, and overall deal activity for female-founded start-ups is on pace to fall after three straight annual increases”, according to recent research by the PitchBook-NVCA Venture Monitor.

“Due to COVID-19”, the UK Government Equalities Office (GEO) and the Equality and Human Rights Commission (EHRC) have suspended enforcement of this year’s gender pay gap (GPG) reporting deadline, a reporting which is normally mandatory for all organisations with over 250 employees. Only 5229 companies have reported their GPG’s snapshot of April 2019, by the deadline of April 2020, compared to 10839 the previous year. A convenient suspension for thousands of companies.

A real great reset would mean building intersectional resilience, starting now. We can’t be rewarding emergency plaster leadership which doesn’t take into account the lived experience and prospects of half the population – in all its complexity.

I don’t think COVID is “The Disruption of a Life-Time” but rather, it feels like a dress rehearsal for harder times to come.

How can’t we be content with emergency plaster leadership, when we know we have missed the deadline to anticipate the phenomenal damages that the climate crisis will bring about.

Let’s move our leadership towards complexity, let’s move from awareness to organising.

Let’s make space and open up the decision-making tables.

Instead of an emergency plaster leadership, let’s make the case for an intersectional system- and people-focused servant leadership. It doesn’t need much.

What will you amend or let go of today in your own setting? 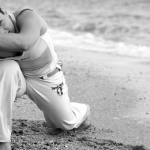