The most important question activists must ask themselves

From my series of interviews with Women Social Innovators on Ogunte.com

Iara Lee, a Brazilian of Korean descent, is an activist, filmmaker, and founder of the Cultures of Resistance Network, an organization that promotes global solidarity and supports peace with justice projects. Iara is currently working on a variety of initiatives, grouped under the umbrella of CulturesOfResistance.org, an activist network that brings together artists and change-makers from around the world.

Iara Lee: “I have had the honor of meeting so many amazing women activists who are not activist superstars but people who work very hard, in very low profile way and just go about accomplishing what they need to accomplish in an anonymous fashion. They show how important it is that we all have confidence in our own ability to change the world, no matter how insignificant it might sometimes feel. Even if it is just on your block or in your classroom, you can be a positive, creative force just like these amazing women.”

Servane Mouazan: What change do you bring about, Iara, and how are you doing that?

IL: For most of my life, film has been my primary medium of expression. My aim is to inspire people to get involved in efforts to promote peace with justice. While our film ‘The Suffering Grasses’, on Syria’s troubled revolution, handles some very difficult issues—whether one can be justified in taking up arms, or whether doing so only hurts the movement— I hope that watching and discussing the film can help people better understand the challenges that face many movements and can encourage people to stand in solidarity with the people of Syria. The Suffering Grasses continues to tour the world at film festivals, on college campuses, at activist events and to fundraise so more medical supplies can be purchased and sent to Syrians inside Syria.

Our other film, CULTURES OF RESISTANCE, gives a panorama of creative resistance around the world and how people use arts and culture to promote antiwar. We also try to be a positive force via our grassroots foundation, Cultures Of Resistance Network, vehicle we use to give grants to activists, different resistance projects and to connect changemakers around the world.

SM: We encourage women social innovators to capture the change and the impact they trigger, in order to help others to do the same, in their own communities. How do you know your campaigns, and films have an impact and how do you capture it?

IL: I always think of film as not just a way to document oppression but as an important part of the effort to change the world for the better. I try to ask myself both how the films will be viewed and how they will be used. A number of my films have been deployed by campaigns as educational and motivational tools. Films about the global movement to ban cluster bombs, about efforts to stop a mega-dam in Brazil’s Amazon, and about sexual violence inflicted upon indigenous women in Kenya have been taken up by relevant movements for justice. I always encourage and appreciate feedback from people who have seen my films—it is often through this that I learn about the impact the films and all other efforts may be making. Everyday I receive messages from people, via our social networks, expressing how inspired they feel about the posts, articles, photos and ideas thrown out there for discussion and consideration, so all these pieces of feedback get us reassured that despite grassroots, we are reaching a core audience of young people who want to get empowered and hands-on and just need extra motivation and nudge to get going.

SM: You report about, and go into, places that a lot of people have desisted to explore, because of risks or fear of controversy, what are the obstacles you face and what’s your take on them?

IL: There are concerns that range from the practical, such as how to get through customs smoothly, to the emotional, as in how to ensure the safety of my crew, to the daunting, how to deal with so many state terrorist governments. While there are never any guarantees, it is important to always carry on in my work with the conviction that it is worth the hassles and the dangers that come along with it. Of course, meeting all the wonderful, gracious, inspiring people that I do makes it much more manageable.

SM: What question would you have loved someone to ask you when you started?

IL: I think that perhaps the most important question that every filmmaker must ask herself/himself is, “why or for whom am I making this film?” That is not a matter of audience necessarily, but a question of impact. How will a film make people feel and what will it compel them to do? These questions should be at the front of the filmmaker’s mind from start to finish.

Servane is the founder and CEO of Ogunte CIC, the organisation that develops Women in Social Entreprises and their eco-system. Servane is also a founding partner at Conscious Innovation, co-design rapid prototyping experiences to change people’s worlds. 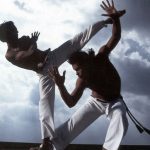 Have you got a self-care mantra?How-to 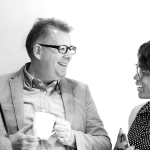 Helping employers everywhere operate at a basic level of humanity.How-to