Why We All Need a Sense of Connectedness

By Servane Mouazan – This article was first published in 2017. This explains the pre-covid flavour.

“There is nothing more negligent than attempting to address a problem one finds on a branch than by censoring the leaves.”

I was asked one day: why do you talk about a “sense of connectedness”? Isn’t it about your networking skills? Get good contacts for your business, know when and where to show up, and grow your business with all the knowledge, the wisdom and the opportunities you have gathered?

There’s that… and much more. Here’s a snapshot of the conversation:

“In 2008, a talk I attended in London during International Women’s Rights Day totally shifted my views. The guest was Angela Davis, the human rights and political activist, a professor in philosophy, and the founder of Critical Resistance, an organization working to abolish the prison-industrial complex.

Back in the 70s, as a leader of the Communist Party in the USA and the Black Panthers Party, she was branded a terrorist and was sent to jail, for being allegedly associated with a crime. Her friends and supporters did manage to keep her campaign in the limelight and worked tirelessly through hundreds of committees in the US and abroad to get her released. This fight became an important milestone in the fight against racism, which is sadly still largely unresolved.

“What kept me going is that sense of connectedness”

Why did she touch you?

The penny dropped. Despite all the tireless Angela Davises in the world, we still have to fight so many campaigns today, injustices, the regression of civil liberties, the misdistribution of wealth, the persistent racism, sexism, the consistent pillage of resources, extraction, and the list goes on… But I understand that if you combat these issues separately, without understanding systems and connections, you end up like King Sisyphus endlessly rolling a huge boulder up a steep hill, letting it roll down, and start all over again. Not worth the back pain. 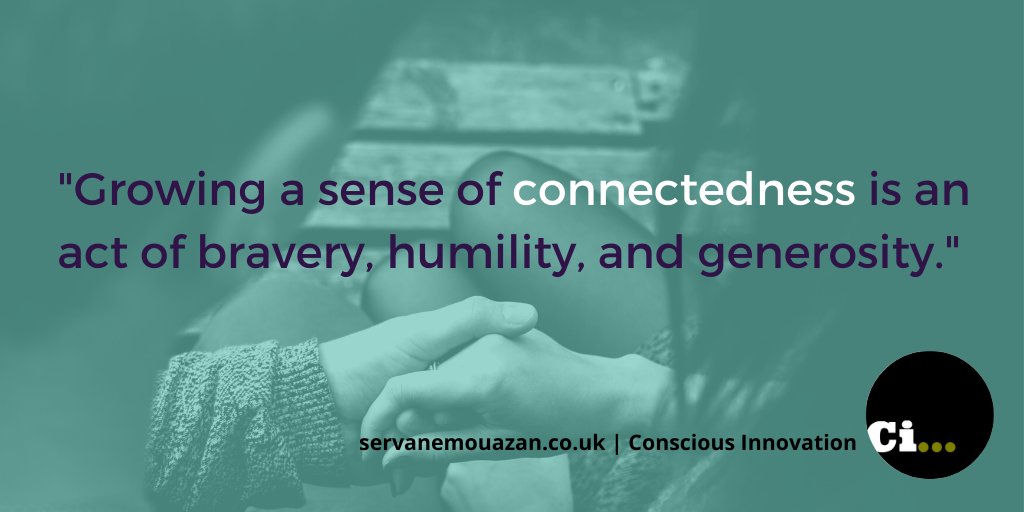 What do you learn from this and why is it important in your day-to-day practice?

Growing a sense of connectedness is an act of bravery, humility, and generosity.

Growing a sense of connectedness is about letting go of your intentions to fix things straight away.

How do you measure connectedness?

You need to make a rough start by defining the way you interact with people and how you build relationships to achieve mutual goals.

But don’t go yet. That was the easy part.

Here’s what I learned from Dr Davis:

And finally, how about knocking on your neighbours’ door?

Angela Davis Patterns sense of connectedness sensemaking systems-thinking
Why We All Need a Sense of Connectedness2020-12-292020-12-29https://servanemouazan.co.uk/wp-content/uploads/2021/09/servane-logo-fundo-black-transparente-st-ok-tight.pngservane mouazan - conscious innovationhttps://servanemouazan.co.uk/wp-content/uploads/2020/12/2020-sense-of-connectedness-blog-cover.png200px200px
On this site
Get in touch
Terms
2020-2022 Servane Mouazan t/a Conscious Innovation. Some Rights Reserved
Contact Us 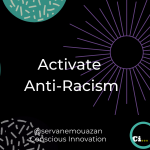